The Irish Specimen Fish Committee (ISFC) held its Specimen Fish Awards Day on Saturday 16th February at Bewleys Airport Hotel, Swords, Co, Dublin. Successful anglers from all over Ireland who caught specimen fish in lakes, rivers or in the sea in 2012 were congratulated by Fergus O’Dowd TD, Minister of State for Natural Resources, on their excellent achievements. 2012 was a record year with a total of 640 specimen fish being ratified.
The Minister said
“The Government recognises that angling is hugely important to the tourist industry and to the economy generally. Preliminary information from a survey commissioned by IFI estimates that angling tourism spend is €250m million per annum – approximately €150m of which is generated by domestic anglers. Angling opportunities in Ireland are among the best in the world and this is reflected in the demand for the product and the numbers engaged in it both at home and from abroad. 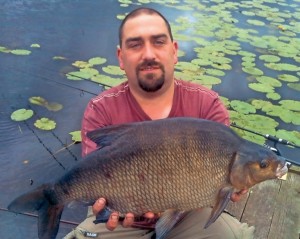 The quality of our angling resource is reflected in the annual report of the Irish Specimen Fish Committee. The Committee accepted over 640 claims in 2012 – a record. Irish anglers took over 90% of these fish with visitors from overseas taking the remainder.”

The Minster also emphasized the importance of the half century of information about large fish caught by anglers in Ireland, both freshwater and marine, which has been collected by the ISFC over the years. This information is not only an important historical and heritage record but also a vital guide for anglers when choosing the best angling venues, dates, times and method to catch large specimens of their favourite species.

Anglers departed the awards event with their certificates and plenty of information to target new species in the new angling season in 2013.

The Specimen Fish Committee (ISFC) Report 2013 can be downloaded here