The number of successful young anglers collecting their specimen award certificates was the highlight of the Irish Specimen Fish Committee’s Awards Day on 20th February.  Held in Dublin on the same weekend as the Ireland Angling Show 2016 both events were attended by large numbers of anglers from all over the country.  Dutch angler Henk Thuelings travelled from the Netherlands to collect his specimen award for a large Tope taken off Wicklow. Record fish and specimen awards were presented and for many anglers this full-on angling weekend is now a curtain-raiser for the forthcoming angling season. 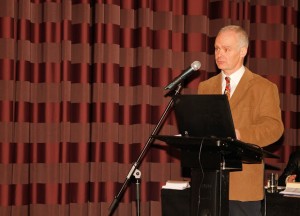 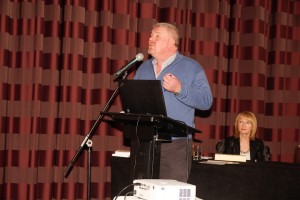 Guest speaker Jim Clohessy, the well-known angler and www.topfisher.eu angling magazine editor, spoke about specimen angling in Ireland and the value that anglers add to understanding about fish and their status in Irish waters through claiming specimen fish. 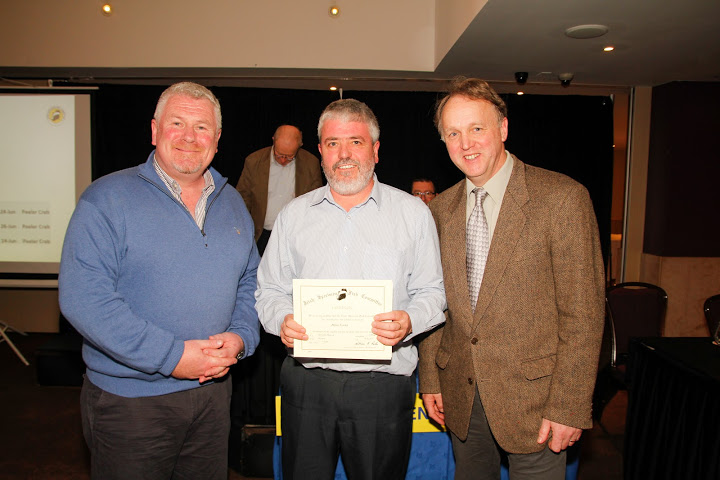 In his review ISFC Chairman Dr Robert Rosell highlighted that species including thick-lipped mullet, smoothound and carp dominated in 2015 and some new rules for specimen fish claimants. He also informed the large audience about common skate, angel shark (monkfish), undulate ray and porbeagle shark being restored to the list of eligible species in 2016 and mainly for the purposes of collecting information about these vulnerable fish species. All will be length-based specimens only and, as with the vast majority of specimen fish, all will be catch and release. 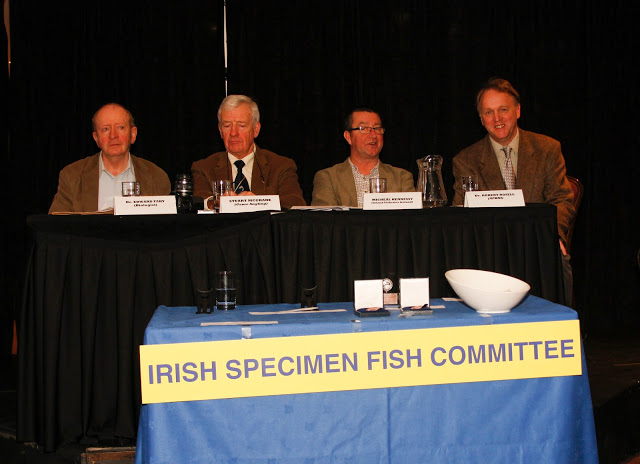 The unstinting support of Inland Fisheries Ireland was acknowledged by both speakers who recognised the importance of the funding and logistical inputs provided to ISFC.

The awards were presented to successful anglers by the Chairman and Jim Clohessy.