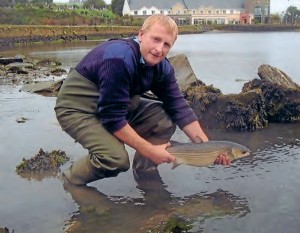 2012 was another good year for Thick Lipped Mullet specimens. Nicky McEvoy releases his 2.45 kg specimen back into the water at Rosscarbery